THC for the e-cigarette? - Readrad 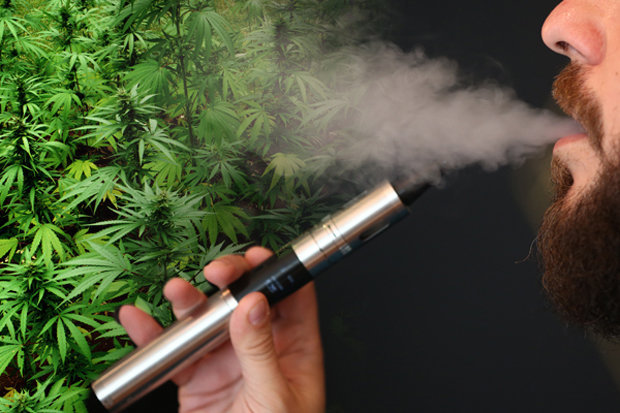 Of course, the idea of ​​consuming THC with the e-cigarette is not new. The various recipes circulate online on how to produce the appropriate liquids from dried plant components. In addition, a number of smaller manufacturers have come up with special thc vape cartridges that are suitable for filling with the most diverse physical states of THC- rich basic material. The most well-known is the so-called hashish oil, also THC oil.

The viscous substance is derived from the resin of the female cannabis flower – and should not be confused with the hemp oil available in any health food store that does not contain any THC. Hashish oil, depending on plant variety and extraction process, can reach an active ingredient content of up to 70 percent, making it the most potent of all cannabis products. In reality, however, the concentration usually fluctuates between 5 and 40%. Accordingly, it is not only subject to the Narcotics Act in United States even the United Kingdom does not fully allow its ownership.

So far, hashish oil has only accounted for a negligible percentage of the total cannabis products consumed in United States. This is mainly due to technical problems in consumption, which is more than average. Of course, the naturally adventurous steamer did not ignore THC oil. However, the fact is that it begins to evaporate only at much higher temperatures than a nicotine liquid. Plastic containers were eliminated, or the oil had to be diluted significantly with PPG and lost a lot of its effectiveness. For metal cartridges, things look different, even though some adjustments to the resin extract are needed here as well.

Retailers have therefore specialized in the sale of already filled hash oil vape cartridges, which are used by the end user just like conventional containers in the e-cigarette and for 50 to 60 uses. The resulting vapor is as good as odorless. Of course, the legislator is anything but pleased about this optional use of e-Cigarette, even if in the public discussion about the regulation of electric cigarettes for counterfeiting reasons this alternative Gebruach is hardly ever discussed.

Even school leaders are worried about the development, especially in the US, where the corresponding consumption among teenagers is increasing noticeably. Another problem of the resin oil is in the production conditions. For its production and optimization often chemical substances are used, which can make the resin highly explosive – not a good combination in connection with an electrical apparatus. There are also health aspects. By not legalized the consumer simply does not know what has been processed in the THC oil on ingredients.

But there may be an alternative soon. An Irish biotech startup, Hyasynth, is in the process of gaining THC through yeast genetic manipulation. Should this succeed, so-called medical marijuana could be produced in large quantities in the laboratory. Plant cultivation and harvest were completely eliminated. Even though medical marijuana already exists, it is expensive due to the high production costs and the tax is strictly regulated. According to Hyasynth’s CEO, Srah Chouka, this will change with the new manufacturing method. The final product should not be intended for smoking. The inventors rather appreciate that it comes as a patch, cream or directly as a filling for e-Cigarettes on the market.

However, the ultimate goal should not be the simplified and cheaper enjoyment of cannabis without previous plant breeding. On the one hand, Hyasynth Bio is on the one hand the proven resources of the therapeutic agent for pain therapy. The breeding method should allow a patient-specific adaptation of the THC content to the respective disease or the degree of pain of the treated person. On the other hand, the new method should be used to quickly and reliably generate pure THC for research purposes. Of course, this medical focus is also due to the legal situation in Ireland and most potential exporting countries. Nevertheless, both developers say that they have a tendency to legalize, as it currently progresses, especially in the US,

For example, considering that insulin is already made from organic matter that it would not produce without genetic manipulation, the young entrepreneurs’ approach does not seem so far-fetched. This is especially true since the THC-encoding gene was already fully identified in 2009. Should the yeast breeding not fruitful, then the start-up wants to continue with algae – until an organic solution is found?