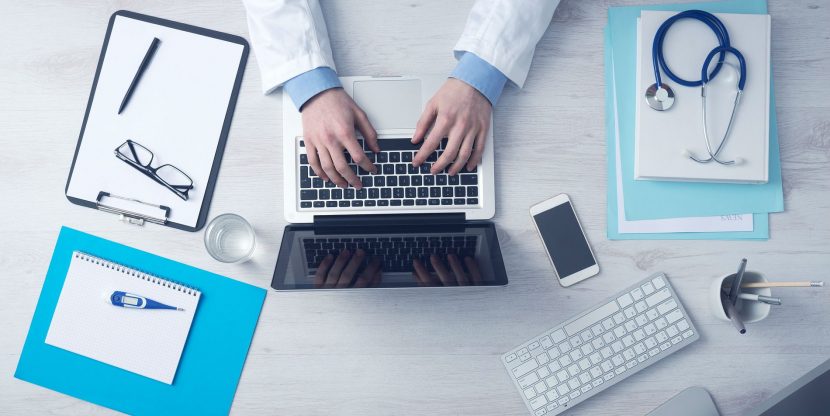 The application of the British start-up Babylon allows listening to the description of the symptoms to deliver medical advice without human intervention. Systems, such as IBM Watson, diagnoses lung cancer more reliably and there are other Medical Practice Management Software which helps in the management of the hospital.

What if the doctors were replaced by supercomputers? Some investors believe in it. Vinod Khosla, co-founder of Sun Microsystems and an influential Silicon Valley investor, predicts that software will replace 80 percent of physicians in the future. In Switzerland, Damien Tappy, partner of the venture capital fund Endeavor specializing in medical technology, says: “Within fifteen years or so, thanks to the power of computation, the advancement of genomics and artificial intelligence systems, telemedicine will replace the general practitioner.” Another opinion is that of Laurent Alexander, “There is considerable under-estimation of what artificial intelligence can do by 2030. It will make it possible to industrialize the health that remains profoundly archaic and enabling the processing of enormous volumes of data that happen because of the Internet of objects or DNA sequencing. ”

These investors rely mainly on the performance of Watson computers; the IBM Artificial Intelligence Program. It became famous in February 2011 for beating several champions (humans) at the Jeopardy American television game. In 2012, a test at the Memorial Sloan-Kettering Cancer Center in New York, with Wellpoint, was able to diagnose lung cancer with a success rate of 90%, compared with 50% for a doctor. Watson had integrated 600,000 medical data, 2 million pages from specialized journals and records of 1.5 million patients. Watson is now exploring other medical fields. In radiology, for example, the computer was able to detect on an MRI abnormalities imperceptible to the human eye. In a research with the New York Genome Center on glioblastoma, a very aggressive malignant cancer of the brain,

In Switzerland too, companies are developing medical software based on artificial intelligence. This is the case, for example, with Sophia Genetics, whose algorithms screen DNA data in a standardized manner in order to accurately detect genetic mutations characteristic of several genetic diseases or certain cancers. “Our Sophia DDM system is already used more than IBM Watson. We have already connected 150 public and private institutions and we analyze 4000 patients per month. However, replacing the doctor is not possible or desirable. Our algorithms are like programs that allow the chess player to go faster and make better moves, “said Jurgi Camblong, director and co-founder of Sophia Genetics.

Yet, the British start-up Babylon is looking to replace some medical appointments. She launched a telemedicine application, based on artificial intelligence. It allows listening to the description of the symptoms, thanks to the speech recognition, and delivers medical advice without human intervention. The system is capable of analyzing hundreds of millions of combinations of symptoms in real time.