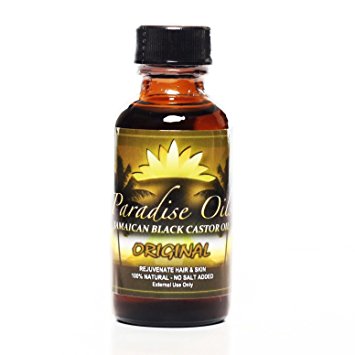 The carapate oil or Jamaican black castor oil is extracted from the seeds of Ricinus Comunis, as well as the castor oil  and has the same chemical composition.

However, the difference lies in the method of extracting castor oil. In fact, the carapate oil is extracted while hot by bringing to boil the castor seeds which were previously toasted and crushed (hence the smell of toasted hazelnut which emanates from it). This as well as carapace oil or Jamaican black castor oil has a black color compared to castor oil.

The oil is (for most marketed products) manufactured in an artisanal way and has mainly used in the West Indies. Thick and dark, carapate oil is known mainly for its benefits on hair and skin.

The oil has anti-fungicidal properties and contains more vitamin E. Its extra-ordinary chemical composition (fatty acids and ricinoleic acid) therefore nourishes, strengthens and accelerates the growth of your hair naturally. Its antiseptic and moisturizing properties also protect and heal your skin from scars, stretch marks and redness

Apply Jamaican black castor oil weekly to your hair to make them shiny. Indeed, the oil will cover the hair by trapping the moisture and will thus give a silky effect to your hair.
Fight against hair fall

Apply Jamaican black castor oil in conditioner to repair your forked and damaged spikes. Being dense and viscous, mix it with a more fluid oil like jojoba oil.

Spread the Jamaican black castor oil on your eyebrows with a cotton stick to thicken them and promote their growth.

Reduce the scars and stretch marks

Through the fatty acids contained in the Jamaican black oil castor , the oil will penetrate the skin easily and feed it deep. This will erase marks on your skin by giving it relief and elasticity.