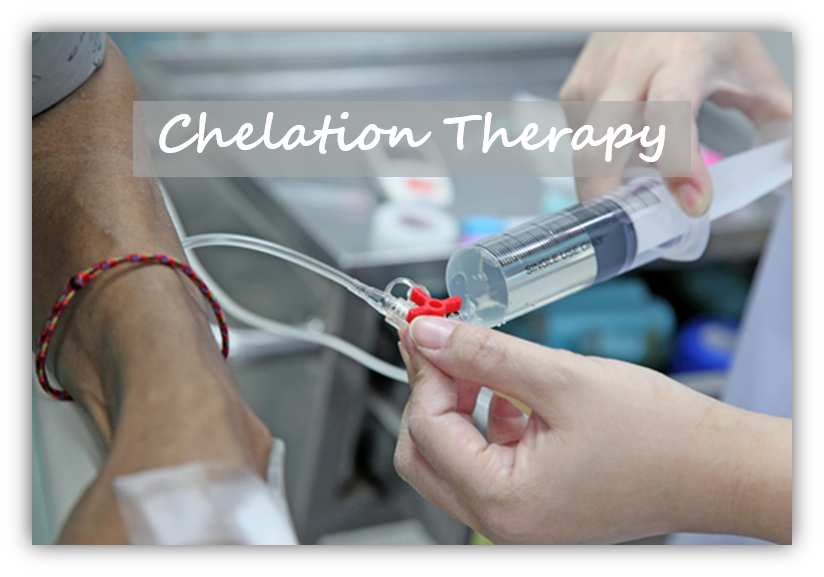 Infusion of chemical agents that associate with other chemicals like EDTA suppositories in the blood for the purpose of removing toxins and treating diseases caused by arteriosclerosi is chelation theropy.

Chelation therapy has started as a branch of medicine to remove heavy metals and other toxins from the body by introducing powerful chemicals, which combine with toxins and are then excreted. This conventional form of chelation therapy is certainly effective and has saved lives. In alternative medicine , chelation is used in a very different way and has two main applications.

First, alternative therapists use chelation to remove toxins , but the source of these toxins is obscure. For example, they could try to remove the mercury supposed to come from dental amalgams or vaccines. Yet, there is no evidence suggesting toxicity from these two sources. Thus, chelation therapy is used to correct problems that do not exist.

Secondly, chelation is used to remove calcium ions from the blood, based on the notion that calcium deposits in the arteries are responsible for arteriosclerosis, which is subsequently considered to be the cause of cardiovascular disease. attacks and other problems. As a result, therapists who practice alternative chelation stress that their treatment is useful in heart disease, for the prevention of heart attacks, peripheral vascular disease, and a range of conditions from arthritis to osteoporosis.

Practitioners of chelation therapy usually claim that more than one treatment is needed, which can ultimately be very expensive.

What is the evidence?

The statements that chelation is effective in the context of heart disease, heart attack or arterial disease, are based on outdated scientific theories. Chelation therapy has been tested several times, but these clinical studies have failed to demonstrate its effectiveness.

Serious side effects, including death due to electrolyte depletion, have been associated with chelation therapy. In 2005, two children, one autistic , suffered heart failure and died after chelation. In 2008, studies were stopped because too dangerous .

Chelation therapy, as used in alternative medicine, has never been proven useful, expensive and dangerous. Treatment to avoid urgently.

← Flotation in sensory isolation, or relaxation in weightlessness All about CBD Oil →