A Look at the Evolution of the Razor - Readrad 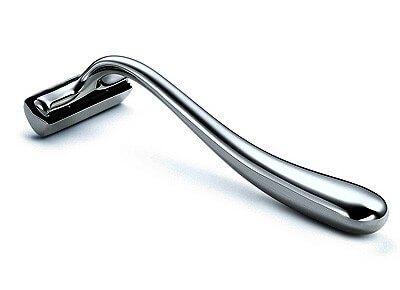 Do you know the razor that has become a crucial component of your personal care has a super long, super interesting history? We guess not!

So let us walk you through the different types of razors the world has witnessed as the razor evolved from something like a sharp, blunt stone to a significantly safer, more convenient shaving tool.

Can you imagine that the early periods of mankind saw men use a stone to shave their face?

This stone looked like a flaked obsidian and had the sharpness of a hand axe. Fancy trying it out?

As the name suggests, this shaving tool was invented in Egypt. Many archeologists have found this razor in several Egyptian tombs.

The objective of inventing the blade was to aid in achieving a clean shaven look, which was the need of the day of the people living in the then extremely hot desert region.

Created during the reign of Alexander the great, the roman razor was circular in shape. Initially, shaving was frowned upon in that society, but soldiers decided to cut their hair and beards to give the enemy nothing to hold onto during battles. This led to the invention of this razor.

The circular blade gave way to the straight one. The purpose was to achieve a better look so companies modified the Roman blade to come up with a straight razor.

They used stainless steel, and connected the blade to the handle in such a way that it became easy to store. This was the most popular razor in the 20th Century. However, one had to be skilled at using it in order to get a clean shave without getting hurt while doing so with this shaving tool.

The most popular razor of the modern times is the cartridge, but we also have disposable blades and electric shavers that manage to enjoy a fair bit of popularity as well.

The Cartridge and the Advantages It Offers

The reason for the cartridge’s dominance as a shaving tool, however, is due to the many advantages it offers over the other types of shaving tools. Some of the more important ones include a much closer shave, being the easiest and much safer to use than other types of razors, more economical for regular use and more.

← HOW DOES THE 3-DAY MILITARY DIET WORK? HOW TO CHOOSE YOUR YOGA RETREAT? →